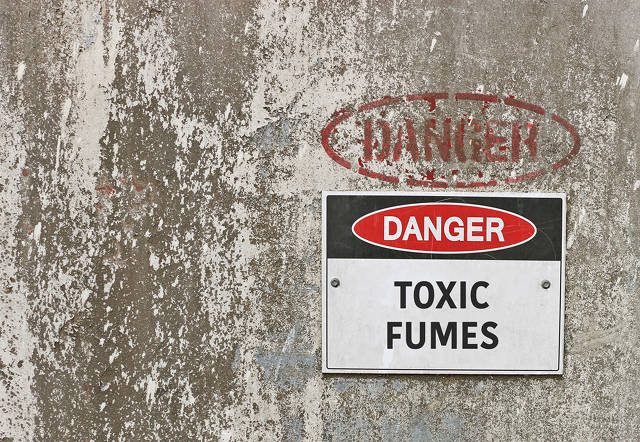 In America, it is still used. The Occupational Safety and Health Administration (America’s equivalent to our Health and Safety Executive) have created an awareness campaign. As part of OSHA’s Fatal Facts series, their latest fact sheet cites the case of a 30-year-old who suffered from asphyxiation. After exposure to a formula with 85% – 90% Methylene Chloride, he died.

The contractor wasn’t provided with proper PPE equipment, nor was the room properly ventilated. Furthermore, his employer didn’t consider the idea of alternative paint strippers, similar to those used in Britain and the rest of the EU. In this case, a more thoughtful employer and a blanket ban on dichloromethane paint strippers by the White House would have saved his life.

The health risks and side effects of methylene chloride inhalation include a loss of concentration, dizziness, headaches, nausea, and fatigue in minor cases. At worst, this could lead to the irritation of the upper respiratory tract and eyes or death.

In the shed, your silently rusting tin of paint stripper could be a potential killer. Especially if you purchased your product before 2011. If you’re an individual, your nearest recycling centre and landfill should have disposal facilities.

Supposing we were in a similar position – with any hazardous chemical – we need to keep records of consignment notes and consignee returns. GOV.UK’s website offers useful information for businesses wishing to dump their hazardous waste.

Popular products are known to contain this chemical include:

Dichloromethane has numerous uses which include:

• Household Uses: This is a solvent that is often found in varnish and paint strippers used when attempting to remove varnish or paint coatings from any surface. The chemical is also used when refinishing a bathtub.

• Industrial/Manufacturing Uses: It’s commonly used in industrial settings, especially in the production of process solvents, pharmaceuticals, and paint strippers. It is also used in other settings such as:

• Food & Beverage Manufacturing: Food and beverage manufacturers use methylene chloride as an extraction solvent. For instance, it can be used to eliminate caffeine from unroasted tea leaves and coffee beans.

• Transportation Industry: Transporters can use it to degrease metal parts and surfaces, e.g., railroad tracks and equipment as well as airplane components.

• Medical Applications: Lab technicians apply it in the extraction of chemicals from foods and plants such as vitamins, antibiotics, and steroids.

Why dichloromethane is a good solvent?

Even though this chemical cannot mix with water, it’s capable of dissolving a broad range of organic compounds. Its volatility combined with these properties helps make it a highly efficient solvent, which is why it is relied upon in very many industrial processes.

Why is dichloromethane unsafe?

The chemical falls under the neurotoxic category and has been seen to cause extensive damage to the CNS (central nervous system) and the brain. The EPA (Environmental Protection Agency) has in the past stated that it possesses carcinogenic properties.