Most of us take doors for granted. They are simply a means to enter and leave a premises. However, these very same items are associated with a rich and sometimes surprising history. 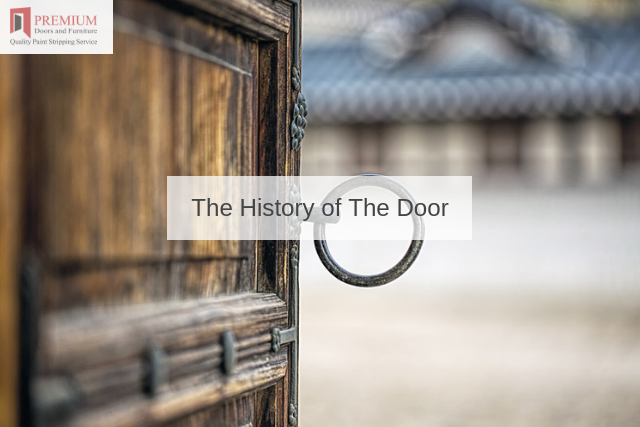 How long have doors existed? How has this technology evolved over the millennia? What important milestones have occurred along the way?

If you have ever wanted to know more about these absolutely essential objects, the information found below will come in handy.

Believe it or not, the history of the door can be traced as far back as 3,000 BCE. Archaeologists found the first traces of wooden doors in Europe during this time and naturally, their main intention was to provide a sense of security to property owners.

The Chinese likewise began adopting stone doors during the second millennium BCE. It seems that this technology was purely functional during these times.

However, more ornate doors likely graced the homes of the wealthy and those in positions of authority.

A prime example of this can be seen in an olive door overlaid in gold that was utilised within the temple of Solomon in Jerusalem (587 BCE).

Technology Enters into the Picture

As civilisations continued to develop, functionality began to be replaced with a sense of convenience.

For example, it is thought that the Greeks were the first society to invent the foot-activated door in the first century AD.

Further evidence of this advancement can be seen in a similar Chinese design that has been dated to the fifth century.

Having said this, such innovations were effectively halted during medieval times and thanks in no small part to the plague which ravished Europe.

It would not be until the 19th century that the modern door as we have come to know it finally entered into existence.

While the appearance of doors became more ornate during the 19th and 20th centuries, the use of other materials signified that they became more affordable.

An American chemist invented the first polymer door in 1909 and fibreglass models entered into existence during 1932.

These materials were used to mimic the appearance of wood and their presence continues into modern times.

Do you have an old door that requires a professional restoration? Why not let its history shine through with the help of Premium Door Stripping? Please give us a call to learn more.