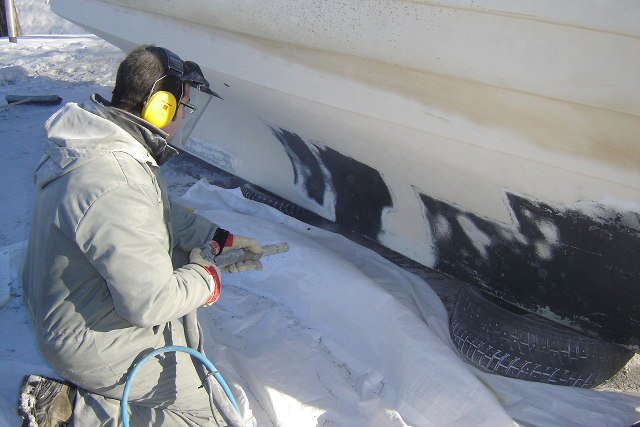 How soda blasting is used in furniture stripping

Soda blasting has gained popularity as a non-toxic stripping material. It is used on masonry, steel, aluminium, fibreglass, and carbon fibre. In many cases, it is a viable alternative to chemical based paint strippers. On a large scale, it was famously used to clean the Statue of Liberty inside and outside in 1986.

Soda blasting is a non-abrasive method, unlike sandblasting. The soda crystals disintegrate on reaching the coating, and does its job. Air pressure is used to fire the soda crystals. Its intensity varies according to the type of coating. There is no heat build-up. The soda used is also baking soda – the sort of thing you have in the kitchen for cakes – or (at one time) powering plastic submarines seen in cereal packets.

Another advantage of soda blasting is its environmental impact. There are no fumes (compared with chemical based stripping methods). Cleaning afterwards is easier. The only significant environmental impact is noise pollution from the compressor. Ear defenders must be worn by operatives, as well as by their assistants.

As well as buildings and furniture, it is also used for stripping paint from road and rail vehicles.

Blasting in relation to furniture stripping

Due to its non abrasive approach, it is a good alternative to chemical based stripping. It is effective in removing tar, pollution damage and paint. Where a blow torch can be risky, or a sander can be arduous, the soda based alternative is good with hardwoods and softwoods.

This YouTube clip from Charles Neil Woodworking shows you how soda blasting is applied to wooden furniture. We see how a modest piece of furniture can be stripped in a matter of minutes.